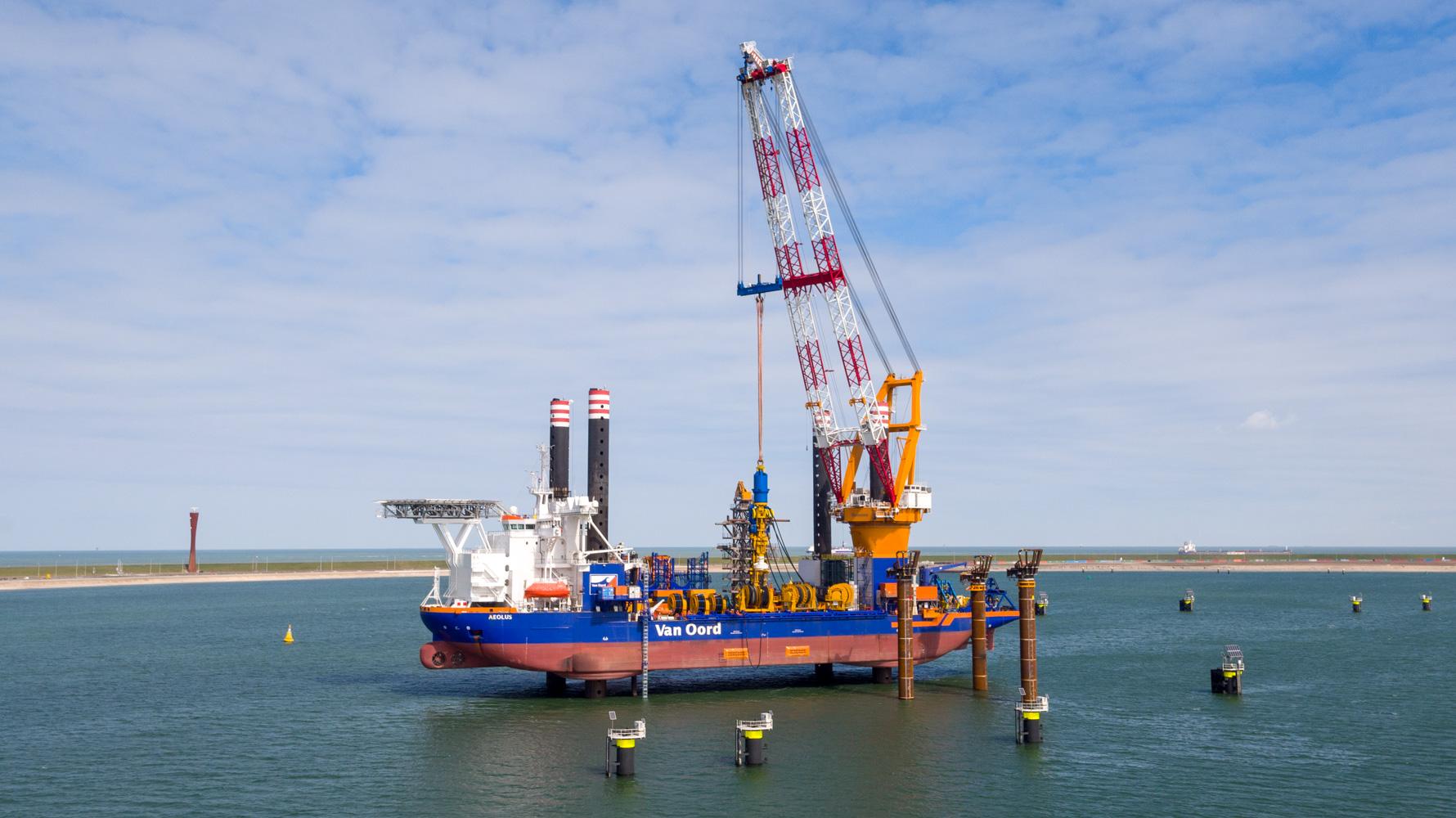 Aeolus Returns to Bay of Saint-Brieuc

The vessel will now resume with the drilling and installation of piles for the offshore wind farm’s jacket foundations, which have been suspended since 14 June due to an incident during the second series of drilling.

While working at the project site last month, the electronic safety system of the jig serving as a guide for the drilling on board Aeolus had detected a sudden leak of hydraulic fluid.

Fortunately, the fluid (Panolin HLP Synth) is biodegradable, having a low impact on the environment. However, the work was immediately suspended and the vessel left for inspection and evaluation in the Netherlands, while Ailes Marines had actively collaborated with the maritime authorities for the management of the operations during that time.

In the Netherlands, Van Oord’s technical teams carried out a complete check of the vessel and all its tools, including the jig, with reviews making it possible to make changes to significantly improve their performance.

The measures implemented were tested by Van Oord during two tests in early July, one on land and the other at sea, in the port of Rotterdam. Both tests have given complete satisfaction.

“After a comprehensive review of the ship’s tools and equipment carried out by Van Oord in the Netherlands, all the protocols for monitoring and follow-up of the work were re-evaluated”, Van Oord said.

Ailes Marines then filed a detailed analysis and the measures adopted since the incident to the French authorities to agree on the next date of return of the vessel to the Saint-Brieuc site.

The developer also announced on 16 July that it signed an agreement with CEDRE (Centre of Documentation, Research, and Experimentation on Accidental Water Pollution).

The agreement provides a framework for the prevention aspects of pollution response (strengthening of procedures, planning, exercises). It also provides for close cooperation in the event of intervention and provides for the training of the personnel involved.